link
I create expressive and bold abstract paintings that depict energy and imagination. Working with paint allows me to fully engulf myself in creating something of permanence. I am driven to create something from nothing that wasn’t there before. Bold colors of darks and lights allow me to create energetic pieces. My creation process continues until I get to the point where I feel that I can’t make it any better. I typically do not have a specific inspiration for a piece I’m working on. I start with colors that come to me as just working for the piece at hand. When I get started the process starts to come to be intuitively and continues until it’s finished. I get into a zone and once in that zone I just enjoy the process until I step back and know in my gut that it’s finished. 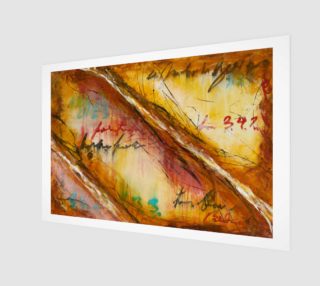